Landsknechts and dismounted cavalrymen moving forward, based and almost completed- 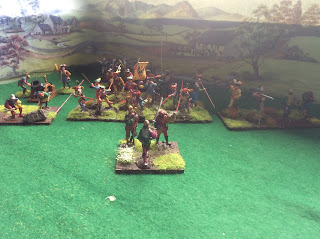 Pike block with two handed swordsman out in front and wings of arquebusiers on either flank. 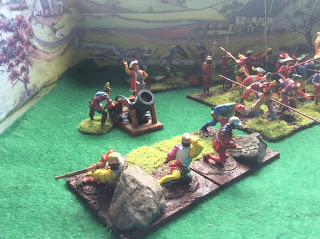 Elastolin mortar/cannon which actually fires. Arquebusiers using rock for cover and about to scout ahead. Below:An aerial view with dismounted cavalry at the back. 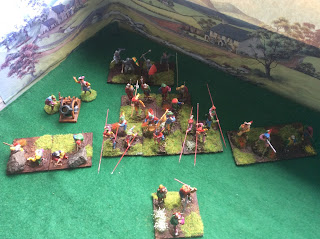 Peasants undercoated and ready for painting over the next few days...