Yesterday afternoon I played an excellent skirmish game via Zoom. I was the Norman commander who was charged with taking control of a Saxon village which was defended by some troops with others on the way. I had to cross a river by the bridge into the village and also went to look for a ford which my knights found eventually. The game ended with the knights charging into the Saxon garrison aided and abetted by spear men and crossbow armed soldiers. It was an exciting game with the mounted knights proving too much of a challenge to stand against. Great fun. Thanks to P for hosting , making up the scenario and moving the figures etc. Much fun, relatively few figures and an interesting tactical conundrum to ponder upon. Replaying on Friday,probably with me taking the Saxons this time. 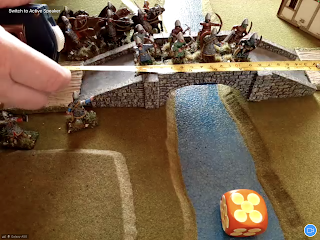 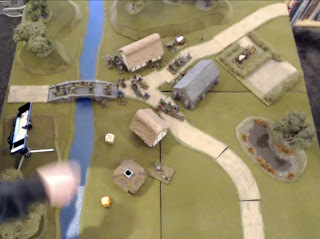 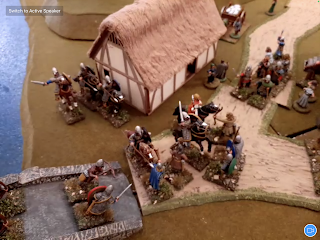