Of Baroque,bases and nettle soup...

The weather here in Fife has been awful today.The rain lashed us here for hours. The mail arrived in a 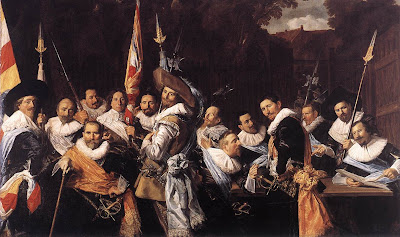 sodden state. The Continental Wars Society newsletter needed to be dried by the hairdrier before reading...
However the postman did bring the Spencer Smith 1860 Prussian figures I had ordered and my movement trays from Warbases. This led to a flurry of rebasing ,flocking and preparing for an 18th century battle involving an invasion from the Austrian Netherlands of Tradgardland. This I hope to stage and fight later this week using simple Charge inspired rules. I intend to give these rules a playtest in a solo game involving the oppostion being moved according to a series of charts which allow the army to be controlled as if another was operating them. I think I got them years ago from the osw files.If the game proceeds I will photograph it and post an account here.
The day began with strong coffee ( as does everyday I'm afraid) and a fantastic programme on the Baroque art movement on the BBC I player. Well worth catching. It included the above painting which for me represented the type of militia/civic guard prevalent in 17th century Tradgardland- as much a social/gossiping/drinking and dining fraternity as a viable military force. I must stop myself being tempted into painting them!!!
At lunchtime the rain abated and Jan and I were able to pick nettles for the fantastic nettle soup my wife makes- wholesome,hearty, marvellously green and delicious! 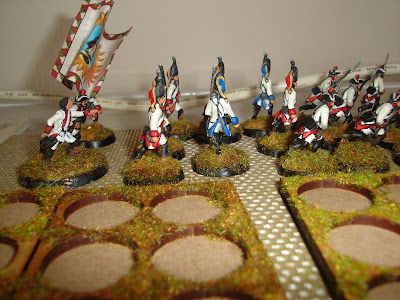 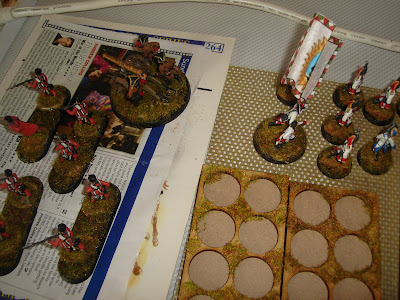