Baked in a soldier pie...

Well actually I am using an old pie dish to steep figures in boiling water to remove old basing material. I then remove the detritus with pliers and finger nails. The figures are placed on a radiator prior to varnishing and eventual basing.

Yesterday had another enjoyable game set in the Very British Civil War using the platoon level Went the Day well rules. It ended in a draw. We are getting familiar with the system and next time will add vehicles and tanks. Here are a picture of the game - 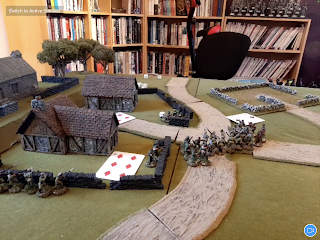 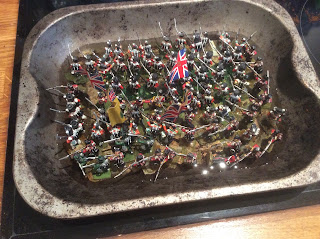 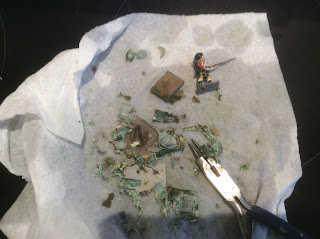